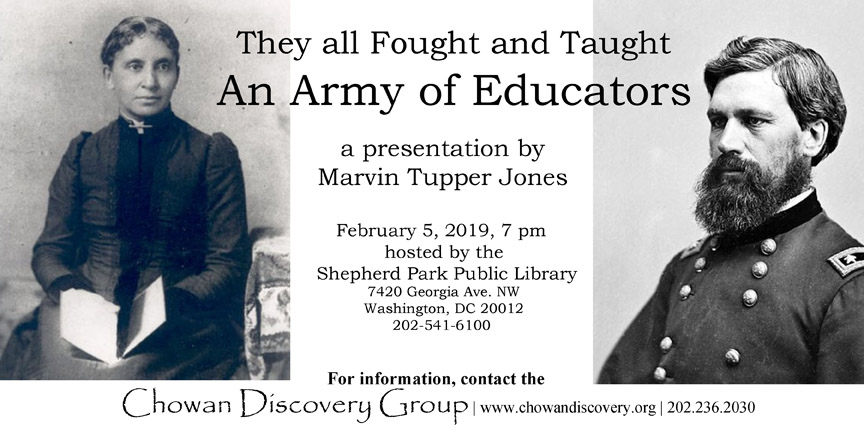 During and after the Civil War, Union officers and missionaries expanded literacy and skills in the south, resulting in a great rise in the reading population and creating schools, some of which exist today. A school established in a Washington, D.C. army barracks in 1864 is still going strong.

Fisk, Hampton, Howard and Shaw are among the universities that rose in the first five years after the war. Within ten years after the war, Howard University was graduating men and women with degrees in medicine and law. Although many schools were destroyed and teachers and students threatened, the growth of education for people of color continued. The Winton Triangle has its own story about a missionary teacher.

Marvin T. Jones will give a overview of the people and organizations who propagated education among people of color and how southern whites also greatly benefited. As always, this lecture includes many stories and images of portraits, documents and places.